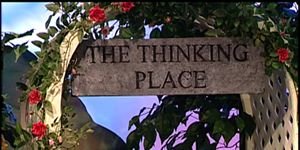 The second act of each video takes place in The Thinking Place, a gazebo in the park populated by two statues – Socrates* and Diotima** – who come alive in the presence of anyone with a thorny problem and a good imagination. The story’s main character arrives here confused and conflicted, bringing to life the two statues, who coach him/her in critical thinking and problem solving. Their guidance empowers the character to do the right thing in Act 3. 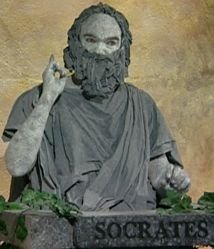 True to character, Socrates’ approach to thinking is, well, Socratic. He never tells the character what to do, he just asks questions. Lots of good questions. And by asking the right questions he artfully guides the character to a clear understanding of what must be done. But that only solves half the problem. 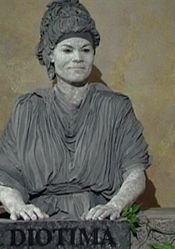 As we know, there is a difference between knowing what to do and having the will or ability to do it. Often, emotional and interpersonal concerns are actually the biggest part of the problem, and this is where Diotima comes in. Diotima deals with the human dimension and sparks the insight that eventually helps the character carry out the right decision. 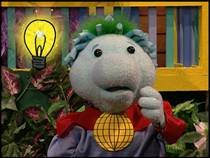 *Socrates is credited with being the first person to apply serious critical thinking to questions of morality and conduct.

**Diotima was a legendary Greek priestess and teacher who taught Socrates the connection between love of people and love of wisdom.

For guidance on conducting Socratic discussions in your classroom, click here.