This is #15 of an ongoing series of discussion starters from the case files of Charis Denison. The situations presented are very real and are changed monthly. Please try them out with your students and share your results with us. You can find the complete archive of dilemmas here.

David is a student in a school district where his mother is on the school board. Recently, three of his classmates posted a web site that openly attacks some of the teachers and students, using explicit and offensive language. It even goes as far as predicting which gay students will be the first to die of AIDS. Remarks about several teachers are scathing, suggesting that one fantasizes about having sex with young girls and that two married teachers are having an affair. The site includes disgusting graphics.

Several weeks ago David learned the identities of the three students who created the website when one of them accidentally said something to him in a conversation. The other two quickly corralled David and pressured him not to reveal their names. He agreed, not thinking much about it at the time. David used to be close to one of the three students, but that friendship has faded.

Now, the school principal has obtained a program that allows him to identify each person who has visited the website. He is asking students to come forward with the names of the creators of the site, and if no one does, he is going to question each student who visited the site. David is one of those who did visit the site. He realizes he may be the only student who knows the names of the three kids who created the site. He can lie and say he doesn’t know, or he can break his promise not to tell.

David has always thought of himself as an ethical person with a pretty clear sense of right and wrong. Right now, however, he feels that either choice will end in disaster. What should David do?

I borrowed this case from a great school I worked with recently in Atlanta. I used it in my classroom just last week and was, again struck by the power of peer loyalty. Many of my students who fully acknowledged the seriousness of the offense still could not bring themselves to turn in their classmates. However, what really struck me was that one my fiercest students around the issue of “snitching” was the one who turned the discussion around by saying he would turn in his peers. It was an exciting moment. His point was that his most important moral guide was peer loyalty, and that by turning in the three students he was being loyal to a larger group of peers. He may not have established friendships with them but he might want to later. His point was that this choice was morally correct (to him) on both sides. He based his choice on how many of his classmates would be affected positively by what he decided to do.

This case also allows you to have a rich discussion around the concept and definition of community. You can never have too many of those. What are our ethical obligations when we join a community? What prevents us from honoring those obligations? 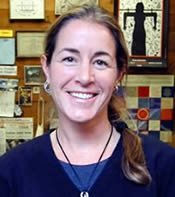 Charis co-wrote Tolerance for Others, a middle school human development text, with Leni Wildflower.  She currently works as the national Service-Learning consultant for the Durango Institute for Co-Curricular Education. 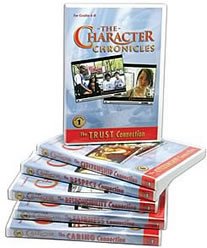 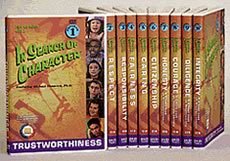 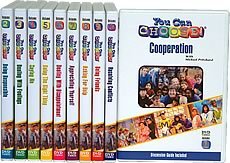 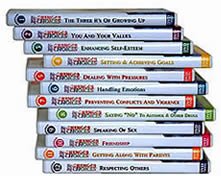